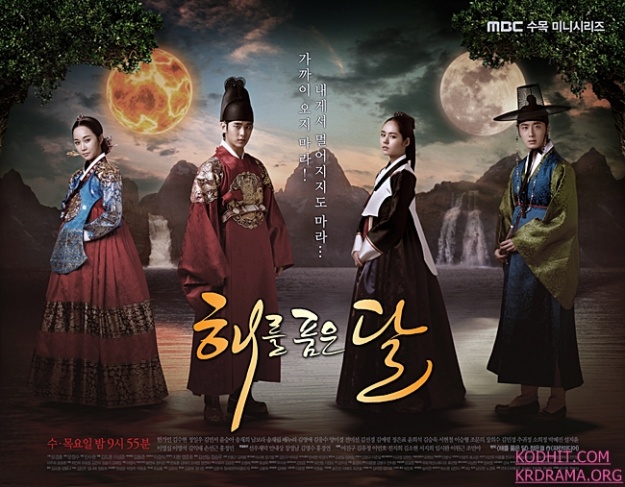 Ratings winner “The Moon that Embraces the Sun” has hit an even bigger milestone. According to reports from local news agencies, the broadcasting rights of the MBC drama has been sold to seven Asian countries at a record-high price.

“We have completed the deals with Japan, Thailand, Hong Kong, Singapore, and other Asian countries, bringing the total to seven,” a representative of the company told local news agencies on February 22. “We cannot disclose the specific amount but among broadcast rights, whether for network or cable TV, we have set a new record for acquisition rights per episode.”

Based on past high-rating dramas like “Dae Jang Geum,” “Gourmet,” “Queen Seon Deok,” and “Jumong,” which have raked in around USD 100,000 in broadcast rights per episode, industry watchers are reported to have approximated “The Moon that Embraces the Sun” to bring USD 150,000-200,000 per episode income from broadcast rights.

Before “The Moon that Embraces the Sun,” such high interest for broadcast rights surged with tvN’s “Flower Boy Ramen Shop,” reportedly at USD 100,000 per episode and the yet-to-be-aired “Love Rain,” starring young Hallyu celebrities Jang Geun Suk and Girls’ Generation’s YoonA, which sold to Japan while it was only beginning to shoot.

In addition to its strong showing on the domestic front, “The Moon that Embraces the Sun” is also said to bank on the rising star power of its series leads Kim Soo Hyun and Jung Il Woo. Kim Soo Hyun’s popularity overseas started gaining traction with his stint in the idol-themed “Dream High” in 2011, while Jung Il Woo’s “My Fair Lady” became a hit with Asian countries.

Meanwhile, the MBC drama is still enjoying the uncontested lead in audience share on its timeslot. AGB Neilsen reported 39.1% of viewers tuned in on its February 22 episode, leaving both its competitors at the 5% range.