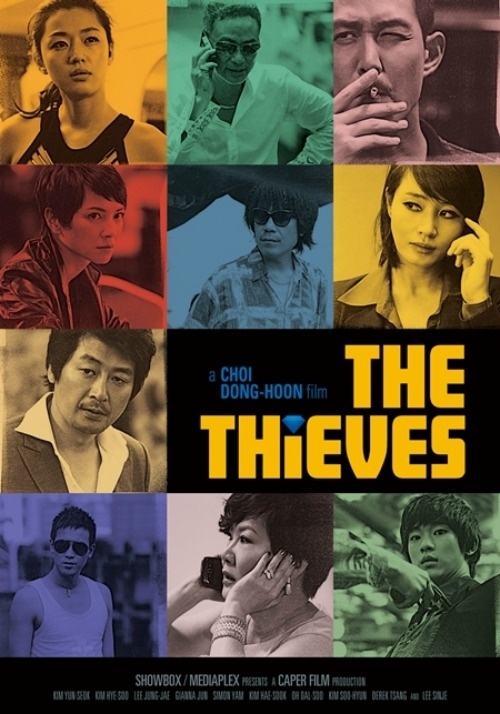 This poster has been revealed for the first time at the Berlin Film Festival in February. Afterwards, the poster has been spreading like wildfire on the Internet through blogs and movie forums.

When the A-list cast was revealed earlier, it became a quite a hot topic. Thus, this current teaser poster is garnering much attention since it has the faces of all ten actors and actresses. Viewers can get a taste of each of the characters through their various facial expressions and poses.

Filming for “The Thieves” is currently in the second half of production.