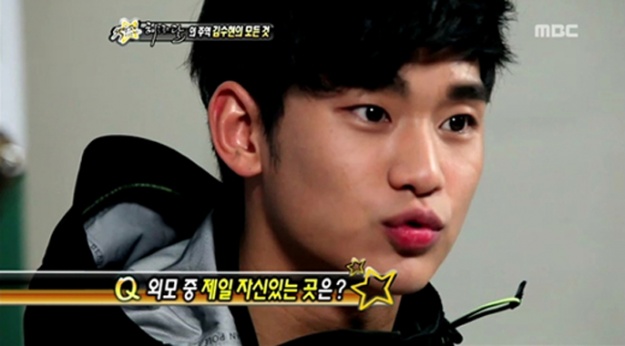 What Is It that Kim Soo Hyun Is the Most Confident About?

“The Moon That Embraces The Sun“‘s Kim Soo Hyun honestly revealed his past dating experiences.

On the March 4 episode of “Section TV Entertainment Relay,” MBC aired a recent interview of actor Kim Soo Hyun who was in the midst of a photo shoot.

The actor who made noonas’ hearts flutter as King Lee Hwon in “The Moon that Embraces the Sun” shared stories about himself.

The reporter asked him, “What is it you are the most confident about?”

The reporter seemed to agree as she answered, “You’re right.”

Kim Soo Hyun then showed off a shy and embarassed smile as he answered, “About nine?”

*** Click the blue triangle on the picture to watch the video ***

Kim Soo Hyun
MBC Section TV Entertainment Relay
The Moon That Embraces the Sun
How does this article make you feel?