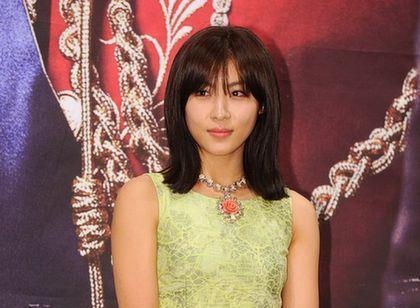 Ha Ji Won: "I Don’t Know What Marriage Is Yet"

On March 8, actress Ha Ji Won attended the press conference for her new drama, “The King 2hearts.” In the drama, Ha Ji Won plays the role of Kim Hang Ah, a former agent and current instructor of the North Korean special forces. A veteran actress and expert in dramas, Ha Ji Won spent most of her late 20s and early 30s working. Now, at the age of 34, it can be expected that marriage has come to mind for her lately.

On the subject of marriage, Ha Ji Won revealed, “I really don’t know what marriage is just yet.” She explained, “Truthfully, I haven’t really been thinking about it lately, but people around me have been talking to me about it. Sometimes they say, ‘What if you lose your chance to get married,’ and I try to think about it. Kim Hang Ah is a character that’s very thoughtful about her life, so she’s bound to worry about it [marriage]. Maybe it’s because I haven’t matured enough yet, but I don’t have any plans to get married yet.”

Ha Ji Won also revealed that she recently had a dream related to marriage. She added, “I had a dream because of my character. In the dream, I was married to someone who was arranged for me, like my character in the drama. I was completely surprised.” In “The King 2hearts,” Kim Hang Ah ends up in an arranged marriage with the Crown Prince of South Korea, Lee Jae (Lee Seung Gi).

She continued, “I don’t really know the meaning of marriage. Therefore, I don’t really know if I want to get married yet. I wonder if I’ll be able to find my true feelings for it through my role as Kim Hang Ah. I will try to do so.”

Ha Ji Won will be acting alongside actor Lee Seung Gi, who will play the role of King Lee Jae. As he is currently 25 years old, there have been speculations on the age difference between the two. Ha revealed, “Actually, there have been many times where I played alongside an actor who was younger than me. In the moment of acting, I’m the character I’m playing, not Ha Ji Won. Therefore, it hasn’t been very difficult.” She added with confidence, “Maybe it’s because I’ve become used to it, but it doesn’t come as uncomfortable to me.”

The drama will feature a “Nape Kiss” scene between the two leads. Ha Ji Won commented, “Lee Seung Gi is very young, but acted with a bold confidence,” and “He was more mature than I thought.”

MBC‘s upcoming drama, “The King 2 Hearts” is set to air on March 21 at 21:55 KST, following the popular drama series “The Moon That Embraces the Sun.”