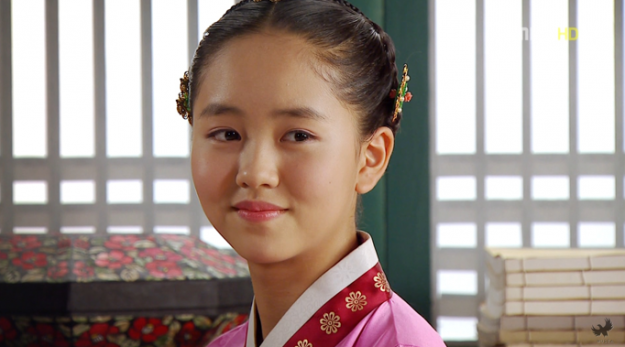 Child actress Kim So Hyun’s self-camera photo of her in a school uniform is gathering attention.

This Saturday, Kim So Hyun posted a picture on Twitter with a title, “This is So Hyun from ‘The Moon that Embraces the Sun’ and ‘Rooftop Prince.’”

In the picture, she is making a victory sign with her fingers and is staring at the camera. Her look in a school uniform with long straight hair and creased eyelids drew much attention.

She wrote, “In the new drama, I’ll be playing a role of a middle school student. I thought I would be wearing only hanbok all year long because the new movie I’ll be in is also a historical movie. I’ve only played child’s roles in dramas until now, but I’m happy that I’ll be in this one the entire time.”