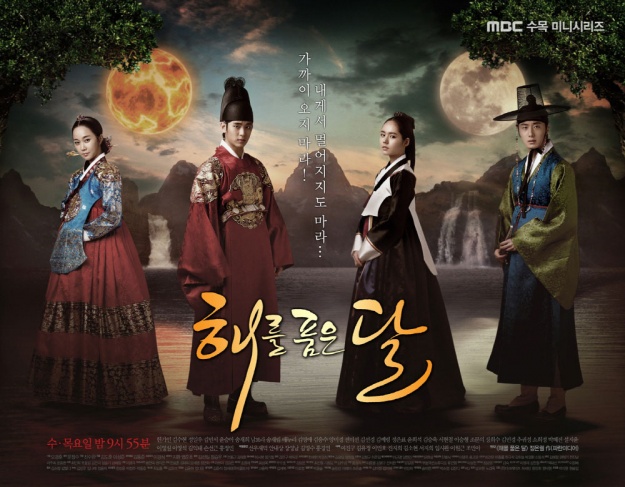 "The Moon that Embraces the Sun" Writer: Ending Could Have Been Different

Earlier last week, MBC‘s hit drama “The Moon that Embraces the Sun” came to a close. Upon the end of this “national” drama, there has been speculation that it could have ended differently.

On March 16, writer Jin Soo Wan revealed this through an interview. According to Jin, the tragic death of Prince Yang Myung was planned in advance. However, except for Yang Myung’s death, the ending of “The Moon that Embraces the Sun” that was aired was very different to what writer Jin had planned.

Due to MBC’s labor union strike, “The Moon That Embraces the Sun” faced some struggles during its last week of airing. After PD Kim Do Hoon joined the strike, the drama was forced to delay the airing of the last two episodes. This affected the filming schedule, which in turn affected the plot that Jin had initially planned.

[Note: For those who haven’t watched the last episode – watch out for spoilers!]

The ending that Jin had in mind was very different from the actual ending of the drama. Minister Yoon (played by Kim Eung Soo) was not supposed to die on the spot, after being stabbed by King Hwon (Kim Soo Hyun). Initially, after Yoon had been captured by Hwon, the two would have had a last political debate with each other. If there had been more time, viewers could have watched a scene similar to that of MBC’s “100 Minute Talk.”

“I wanted to show a scene where the cold-hearted Minister Yoon and King Hwon had a debate about politics,” said Jin. “I wanted Yoon to die a tragic death similar to that of Ahri (Jang Young Nam), but I couldn’t.”

Jin continued, “In the aired drama, Hwon closes the eyes of Queen Bo Kyung (Kim Min Seo) after she has died, and comes crying in the arms of Yeon Woo. Initially, I wanted Hwon, now left all alone, to cry by himself, but since there wasn’t enough time, I thought that was the simplest way to handle it.”

In addition, it can be noted that overall, the drama is fairly different from the novel that it was based on. One specific aspect is that Hwon’s bodyguard, Woon (Song Jae Rim) had a smaller role in the drama than in the novel. In the original novel, Woon is born an illegitimate son, and is raised by Yang Myung’s mother, Lady Park. He eventually falls in love with Hwon’s princess, Heo Yeon Woo (Han Ga In), which brings conflict in Hwon and Yeon Woo’s relationship. However, in the drama, Woon brings conflict in his friendship with Prince Yang Myung (Jung Il Woo), when he becomes the king’s bodyguard.

Jin revealed, “I initially planned for Woon and Yeon Woo’s servant, Seol (Yoon Seung Ah) to become closer with each other, both being skilled in the martial arts. I wanted to cover a part of the story where they eventually fell in love.” She added, “[The drama] was initially 24 episodes in length, but as we shortened it to 20 episodes, I had to take out that part.”

“The Moon That Embraces the Sun” aired its first episode on January 4, and ended after three months last week on March 15. The highly popular drama ended on a high note, with ratings of 42.2% (AGB Nielsen) nationwide for its last episode, making it the higest rated episode during its run.