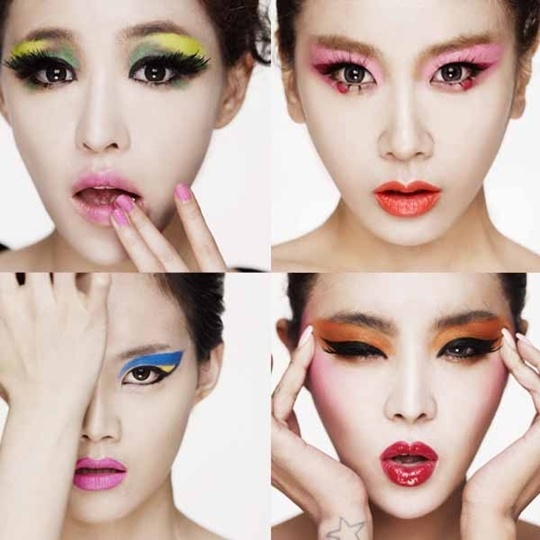 On March 24, Brown Eyed Girls member Jea posted a set of funny pictures to her Twitter account and asked “Who’s the winner?”

The pictures are of each of the four members. Their faces are distorted with photo-editing software, making their faces squished in at some parts and enlarged at others. Ga In and Narsha’s pictures stand out as being particularly funny. With that said, some netizens commented that even though the pictures were funny, they couldn’t tell who was whom. Just looking at these pictures makes me want to take some silly pics myself. Can you guys tell which member is which?

Member Miryo has recently released a solo album, “MIRYO a.k.a. JOHONEY,” and has collaborated with various other artists for songs. Take a listen to “I Love You, I Love You,” a song by Miryo featuring Girls’ Generation’s Sunny.

Brown Eyed Girls
Ga In
Jea
Miryo
Narsha
Sunny
How does this article make you feel?