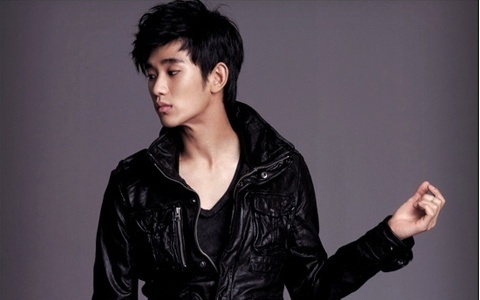 As we previously reported, Kim Soo Hyun attended the VIP premiere of Han Ga In and Suzy’s new movie “Introduction to Architecture” on March 13.

He was interviewed by mydaily’s reporters recently.

Since he saw the movie and had the opportunity to work with both actresses, Kim Soo Hyun revealed about the movie,

“The movie is about the memories and pain of a first love. I was told that the movie would be emotionally charged. It was as described to me, it literally filled me with emotions. Thanks to Ga In noona and Suzy for the most part.”

Kim Soo Hyun was asked about his impression on both of his co-stars starring in the same movie,

“The thought occurred to me than since Ga In noona was to jump from a sageuk drama (historical drama) to a modern movie production, she would play the part of a rich woman. She looks particularly rich in the movie. When compared to the shabby clothes she used to wear in “The Moon That Embraces The Sun,” how my heart hurts when I think about it (laughs). Her acting tone was so different too, I really enjoyed it.

Regarding Suzy, she was very different from her role in “Dream High.” Especially about her acting, in “Introduction to Architecture,” she seemed full of life and energy, her energy seemed to spread throughout the movie. I think that this one of the reasons why one could totally immerse oneself into the movie.”

On his collaboration with Han Ga In in “The Moon That Embraces The Sun,” he said,

“To be honest, when I acted alongside Ga In noona there were many challenges I had to consider. The first challenge was acting in a sageuk for the first time, but also who I was to co-star with, I had no confidence about that, I was lacking a lot of things as an actor but Ga In noona gave me her trust and encouraged me. Jung Eun Pyo sunbae (as the eunuch Hyeong Sun) and Song Jae Rim hyung (as Woon) did the same and supported me as well. I believe that it was very fortunate that the cast members gave me their support and allowed me to lean on them when I needed to.”

On his collaboration with Suzy in “Dream High” Kim Soo Hyun revealed,

“It was also the case with Suzy, there were also a lot of great elements during the filming, I learned a lot of things working on “Dream High.” About “Introduction to Architecture,” the cast is great and Suzy’s performance is especially great. When we filmed “Dream High,” I was rather greedy and wanted to bringl out everything she had as an actress. It was the first time for me to see Suzy act and it was also the first time she starred in a production, and seeing her acting for the second time it’s as if she changed, it looks like she underwent a new transformation. I think that she doesn’t lack anything as an actress.”

Kim Soo Hyun who had the chance to work with Han Ga In and Suzy also had a kiss scene with the both of them in “The Moon That Embraces The Sun” and “Dream High.” When he was told about it, he couldn’t repress a nervous laugh “hohohoho” and answered,

“When Suzy and I kissed in “Dream High,” since I was playing the part of Song Samdong, the feelings I wanted to express through the kiss was about innocence with as base the strong feeling of a first love, so it was a pure and rather quick kiss.

For “The Moon That Embraces The Sun,” Lee Hwon‘s pain and sufferings but also love were expressed in the kiss. Since he was reunited with Yeon Woo after all this time and everything that happened, the kiss served as a way to be comforted. All the pain, the things forgotten were to be felt again through the kiss. Both kisses were deep in their meaning. Hohohoho.”

Suzy
Dream High
Han Ga In
interview
Introduction to Architecture
Kim Soo Hyun
The Moon That Embraces the Sun
How does this article make you feel?