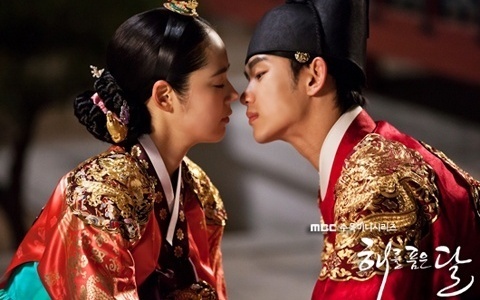 “The Moon that Embraces the Sun’s” Kim Soo Hyun guested on the most recent episode of tvN’s “Taxi.” During yesterday’s episode, the young actor was asked which “Moon/Sun” co-star he would like to work with again. Kim Soo Hyun answered, “[Han] Ga In noona.” He continued, “Initially, I was really shy, and things were awkward with Ga In noona. Once we went through hard times together, like overnight shoots, we became more comfortable with each other.”

However, viewers voted Jung Eun Pyo, who played Hyun Seung (Hwon’s loyal eunuch), as the actor they wanted to see Kim Soo Hyun with once more. As a result, Jung Eun Pyo made a surprise appearance on the show, and the two shared a moment.

Han Ga In
Jung Eun Pyo
Kim Soo Hyun
Taxi
The Moon That Embraces the Sun
How does this article make you feel?