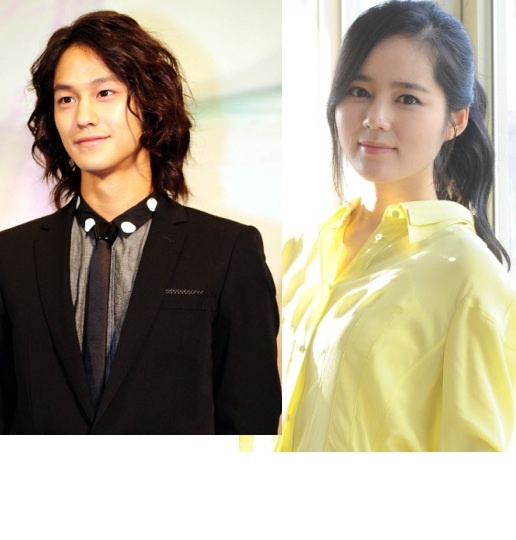 Actress Han Ga In and Actor Kim Bum were chosen as the new special envoys for the Korean branch of UNICEF.

On the coming 9th, at 2:00PM, UNICEF will hold a special ceremony for the two special envoy’s ordination at their head office.

Along with other public representatives like ambassadors, special envoy is a title given to famous celebrities who are interested in giving back to the community and routinely volunteer.

Last year, Kim Bum took part in a ‘Birthday Campaign‘ hosted by UNICEF and that was when he first made ties with the organization. ‘Birthday Campaign’ is when an individual chooses not to receive material gifts from his friends and family and instead asks them to use that money to pay for surgeries, medical vaccines, food, mosquito net, bug sprays, and other necessities for children in need. At that time, Kim Bum’s fans saved up money to donate to the cause in honor of his birthday. Members of his Japanese fan club even went out of their way to personally deliver the much needed items to the Korean UNICEF embassy. A representative from Kim Bum’s company says, “After taking part of last year’s campaign, he (Kim Bum) started to take more interest in volunteering which resulted in him taking part as this year’s envoy.”

Likewise, Han Ga In, who has just finished the very successful drama, “Moon That Embraces The Sun,” gladly accepted the position as envoy despite her busy schedule promoting for her movie, “Introduction to Architecture.” Han Ga In’s company reports, “Last year, Han Ga In took part in MBC‘s “Human Documentary Love – I’m Sorry Mom” as a narrator. [Through that experience] She started to take interest in people who were turned down by society and lived in poverty; therefore, she was glad to take part in this great campaign and try to make a difference.”

Han Ga in and Kim Bum will first take part in filming a short commercial about UNICEF and then start actively volunteering as special envoys.

Han Ga In
Kim Bum
Unicef
How does this article make you feel?