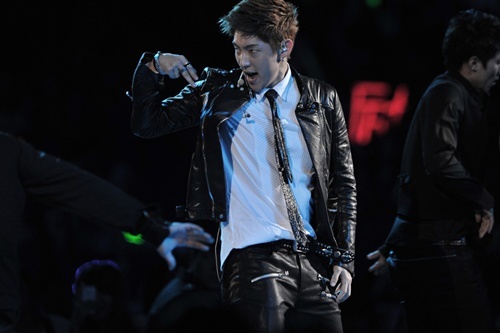 On April 7 Lee Jun Ki appeared on the “Dong Fang Fen Yun Bang” awards as a performing singer. The crowd went wild because they had expected that Lee Jun Ki was merely there for the ceremony, and not there to perform. Lee Jun Ki wore a tuxedo and showed his powerful performance of his dance song “Born Again.” The song was shown off during his Japanese fan meetings.

Lee Jun Ki stated, “Originally I was just going to be part of the awards. However, I wanted to give a surprise gift for fans that have continued to give me support throughout the 2 years of my military service. Also, I thought it would be a good chance to introduce myself before a new drama project. It was an honor to appear on the same stage with other talented Chinese musicians. I promised that I would do a performance to celebrate. Thank you to the fans and also the staff on site that helped me make this great performance.”

Lee Jun Ki will hold a fan meeting in Shanghai on April 28.

Lee Jun Ki
How does this article make you feel?