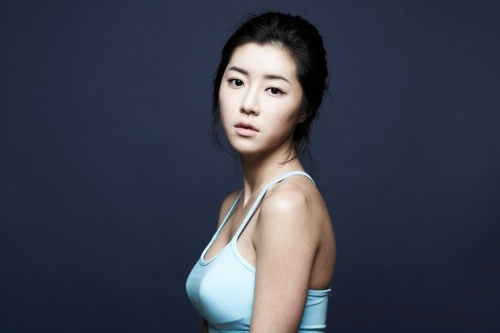 Park Han Byul to Comeback as a Horror Queen

Actress Park Han Byul has come back to claim her title as the “Horror Queen” once again.

Park Han Byul has just been cast as the main lead for the new movie, “Two Moons,” which is set to start filming on April 10.

Park Han Byul also took on another horror film in 2009 called, “Yoga Hakwon,” a film that tells a story about five women enrolled in a yoga class because of their strive for perfection. This yoga class, however, is not like the others. Serious, grotesque consequences follow when the students stray from the strict schedule set out by their creepy instructor.

For her third horror movie, Park Han Byul has chosen, “Two Moons.” The setting takes place in a deserted house deep in the woods and the story will revolve around three men and women who have been left at this isolated place without knowing the reason why.

Park Han Byul will play the role of a horror story author who tries to figure out the mystery behind the reason why they were left there.

Along with Park Han Byul, actor Kim Ji Seok  will also be joining the filming of this movie, which has brought many spotlight to this movie as well. This will be Kim Ji Seok’s first project after he has completed his military duties. Kim Ji Seok will act as a college student who tries to lead the group out of the unknown horrific situations set out before them.

The movie, “Two Moon,” is set to be released in July.

Kim Ji Suk
Park Han Byul
How does this article make you feel?