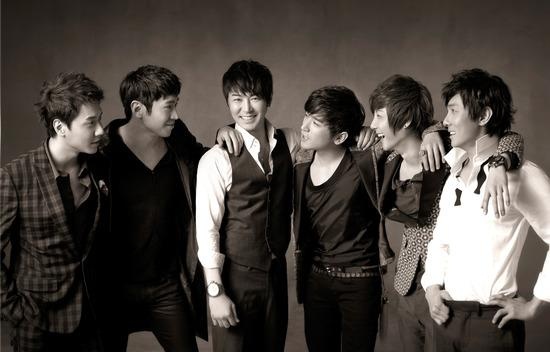 Group Shinhwa’s Kim Dong Wan revealed their secret of 14 years’ teamwork. Kim Dong Wan showed up on the 15th episode of SBS variety show “Lee Hyori and Jung Jae Hyung’s You and I” with other Shinhwa members. In the show, Kim Dong Wan answered some questions MC Jung Jae Hyung had.

Kim Dong Wan said, “It’s been issued when we fight, but that doesn’t mean we should fight. If we have a conversation and it doesn’t work out, we can get into an argument. Our arguments are mainly conversational. Communication is a good way to resolve conflicts.”

MC Lee Hyori showed her envy of Shinhwa’s friendship. Lee Hyori pinpointed, “The fact that Shinhwa members are back together itself is important” and continued, “it seems like there weren’t that many conflicts among Shinhwa members. If you hold onto bad feelings inside, it gets worse. But Shinhwa fights over them each time and gets rid of bad feelings.”

That day Shinhwa members and Lee Hyori flaunted their relationship. They reminisced about the past when both Shinhwa and Fin.K.L were active as idol groups.

Shinhwa members said, “Lee Hyori was originally very easy-going and honest. People lined up to see Jamwon-dong Lee Hyori.” When Kim Dong Wan said, “Lee Hyori’s style in hip-hop pants wasn’t good,” Lee Hyori counterattacked, “I heard when you guys get into a fight some of you get beat up.”

Shinhwa
You and I
How does this article make you feel?