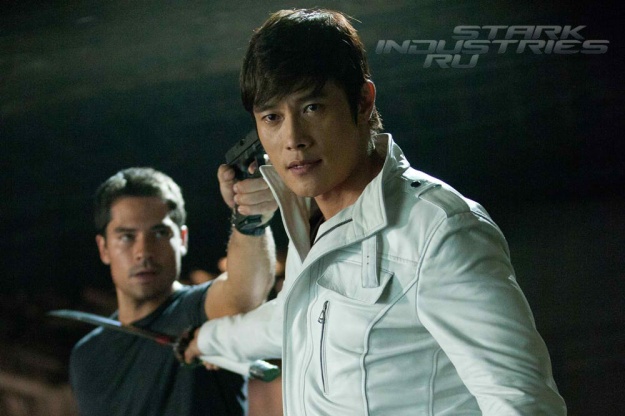 Lee Byung Hun: "When Staff Tell Me I Pronounced Something Wrong in English, My Head Goes Blank"

Lee Byung Hun spoke about acting in English still being a difficult task. (Despite the fact that his English is very good, watch the first G.I. Joe!) On April 25, there was a press conference for “G.I. Joe: Retaliation” held at the Apgujeong CGV.

He continued, “When a staff member tells me that I pronounced something wrong, my mind goes blank. I immediately have to think about pronunciation and that blocks me from thinking about what kind of acting I am doing or what kind of lines I am saying. It feels like I am a rookie actor all over again.”

Lee Byung Hun reprises his role of “Storm Shadow” in G.I. Joe: Retaliation. The film will be released on June 21 in South Korea, and June 29 in the U.S.

G.I. Joe: Retaliation
Lee Byung Hun
How does this article make you feel?