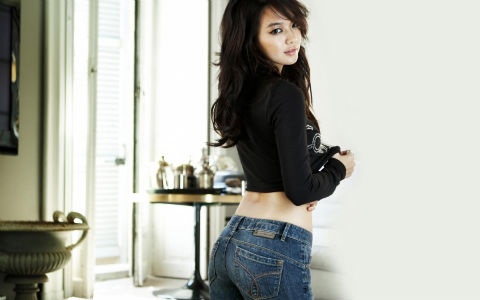 Unfortunately, Shin Min Ah’s spread in the “New York Times Magazine” can not be circulted in Korea due to copyright issues. The representative stated, “We tried asking for the photos from the ‘New York Times.’ However, they said they declined, citing copyright laws.” The representative also revealed that Shin Min Ah will have a two-page spread in the May issue of American “Vogue.”

Meanwhile, the actress is busy preparing for her role in upcoming MBC drama “Arang and the Magistrate,” co-starring Lee Jun Ki.

Lee Seung Gi
Lee Jun Ki
My Girlfriend is a Gumiho
Shin Min Ah
Arang and the Magistrate
New York Times Magazine
How does this article make you feel?