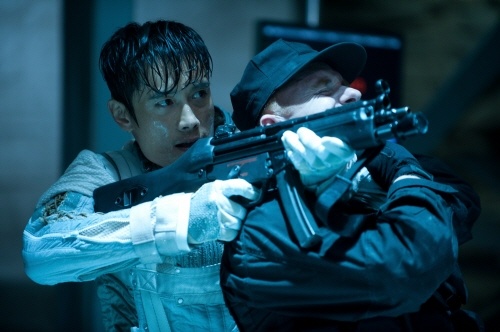 Lee Byung Hun stated, “In the film there is no separate explanation. However, there is a hint as to how ‘Storm Shadow’ resurrects.” The star added, “I really like the role of Storm Shadow. In order to act him out, I studied his character history and he was the most charming character of G.I. Joe. In the film there is a division between the Cobra army and Joes, however Storm Shadow does not really belong to either group. I liked the fact that the character was a lonely fighter.”

Well, that didn’t really answer how Storm Shadow got resurrected! It looks like you will have to find out on your own by watching “G.I. Joe: Retaliation” in June!

G.I. Joe: Retaliation
Lee Byung Hun
How does this article make you feel?