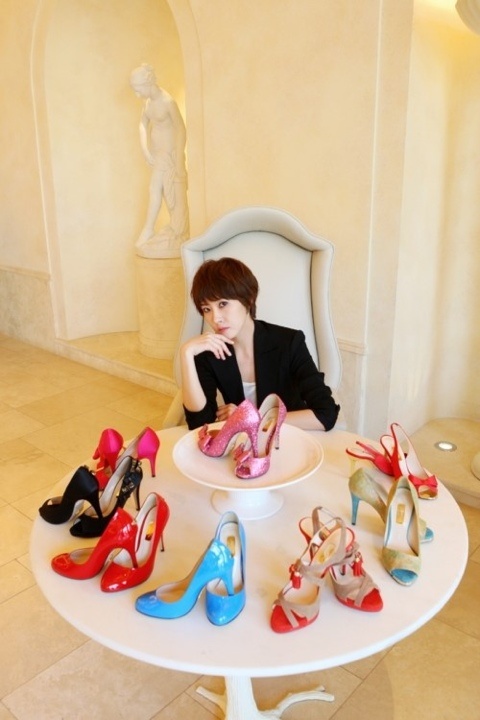 Kim Sun Ah Is the Queen of Weight Loss

Earlier today, photos comparing Kim Sun Ah’s current figure to her body during her Kim Sam Soon days have been attracting a lot of attention. Titled “Kim Sun Ah Looks Half Her Old Self’s Size,” the post has been spreading like wildfire among various online community sites.

Back in 2005, Kim Sun Ah became a household name overnight through MBC “My Name is Kim Sam Soon,” a story of a rather ordinary, chubby, and insecure 30-year-old female baker who was looking for a nice man in her life. As such, the actress adapted herself to fit her character, creating both a curvier bodyline and warm impression. However, fast forward seven years to the present, she definitely does not look like the Kim Sun Ah of the past. The stills from her latest drama, MBC “I Do, I Do,” show her as a cool, confident, and charismatic woman who knows what she wants and how she’s going to achieve it.

Netizens commented, “She looked great in ‘Scent of a Woman’ too,” “Everyone’s succeeding in dieting except me T.T,” “Didn’t she purposely gain weight for ‘My Name is Kim Sam Soon?” “She’s tall, lean, and beautiful,” and more.

Kim Sun Ah’s “I Do, I Do” also stars “Glorious Jane’s” Lee Jang Woo. Kim Sun Ah will play Hwang Ji Ahn, the best designer at a footwear company who has the complete package of brains, beauty, and talent. Not only is she good at her work, she’s also fashionable and cultured. Lee Jang Woo will play Park Tae Kang, a walking disaster. While he used to copy designs from well-known brands, he gets accepted as a new recruit at Hwang Ji Ahn’s company.

“I Do I Do” hopes to break the accepted social norm in kdramas of a thirty-something year old female protagonist in need of saving (aka marriage) by a young, wealthy prince. The romantic-comedy will premiere on MBC on May 30, following Lee Seung Gi and Ha Ji Won’s “The King 2hearts.”