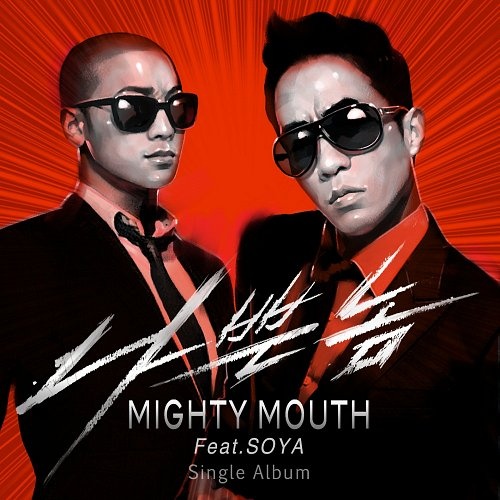 Mighty Mouth’s Sangchu is our newest “Bad Guy,” according to his group mate, Shorry J.

On May 10, Might Mouth held a showcase to celebrate the release of their new single album, “Bad Guy.” During the event, Sangchu and Shorry J were asked, “Who’s the worst ‘bad guy’ between the two of you?”

“Sangchu has different girlfriends for each day of the week,” Shorry J said. Cho Se Ho, who was next to them, added, “If there is Hugh Hefner abroad, Korea has Sangchu.”

Soya, who’s featured in Mighty Mouth’s latest single, also said, “In the music video, Sangchu portrays a ‘real bad boy.’ He’s exactly like that in real life.” Sangchu, however, didn’t make any comment in response, as he seemed to just hold his head down in embarrassment.

Meanwhile, Mighty Mouth returned with their new single, “Bad Guy,” this week. The song is written by Rhymer and Dong Nae Hyung, and Soya featured for the main vocal. Check out the full MV below!