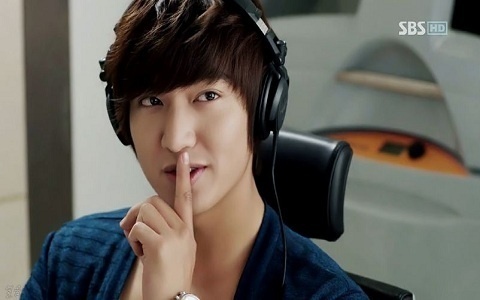 A Look Inside Some of the Funniest Flaws in Kdramas

Earlier this week, we reported that eagle-eyed viewers caught a harmless mistake in the fifteenth episode of SBS “Rooftop Prince,” starring Park Yoo Chun and Han Ji Min. It was a minor error that could have – and should have – gone unnoticed. The mistake was none other than a script sighting. Viewers spotted Jung Suk Won script poking out of the door of his car. However, the small flaw has sparked my interest and led me to search for some of the funniest flaws in k-drama history.

Despite the abundance of fusion sageuks (historical drama) dramas this year, this screenshot was not taken from one of those time-traveling series. As shown in the photos, a woman dressed in modern clothing was captured in a scene from “The Moon that Embraces the Sun.” Who knows, maybe the lady was sucked into the past to meet her destined love, ZE:A’s Im Siwan…or maybe Kim Soo Hyun! ^ ^

Whatever Happened to Royal Treatment?

Oh, no…It looks like our royal highness King Lee Seung Gi might abdicate the throne for reasons other than Kim Bong Gu and Club M in “The King 2hearts!” Is the royal family running out of money…Why else would you see the King’s breath in a palace? Maybe the palace is just too big that it costs way too much to heat. You’re always welcome at my humble abode, dear Seung Gi. It may not be as grand as one of your palaces, but I have heat and hot water available whenever you need~ ^ ^

Who Needs Cell Phones When You Have Telepathy!

In this scene from “Brain,” neurosurgeon Shin Ha Gyun received an emergency call from his subordinate, informing him that one of his patients suffered a brain hemorrhage. Guess, he was just to distraught at the fact that he could care less about his cell phone…but wait, how was he able to hear what the other doctor was saying when his earpiece is no-where near his ear. Hah!

One particular scene in “The Moon that Embraces the Sun” was full of obvious mistakes. Almost everything, aside from the actors and the costumes, that could have gone wrong did go wrong. In the scene, Kim Soo Hyun, Kim Min Seo, the Dowager Queen, and Grandmother Dowager Queen are in the midst of a strained conversation in the grandmother’s suite, and the scene transitioned between long shots and close-ups. Upon going back to long shots, viewers noticed numerous object placement errors. The mistakes from the two frames within the same scene were so conspicuous that finding the differences between them were easier than solving a “Spot the Difference” game.

Yes, Viewers Look at Everything. Every Little, Itty Bitty, Detail…

Keen viewers caught a very subtle error in “Fashion King.” There was a scene in the pilot episode where Shin Se Kyung checks her e-mail, and much to her delight, finds out that she is accepted to a prestigious fashion institute in New York. However, some viewers noticed that Shin Se Kyung’s e-mail account was not a valid URL, heck…It wasn’t even an URL. The “address” reads C:WUsersWtestWDesktopWNewFolderWGaYoungEngishMailWview.html

Kim Hyun Joong Is a Vampire?!

In “Boys over Flower,” Kim Hyun Joong proved that his ears are in perfect shape. How else would you be able to hear a phone conversation with a motorcycle helmet on? Beats me…maybe he has a supernatural ability that lets him hear even the smallest, softest sound! Or…he is way~ too good looking to be human, not to mention multi-talented. Maybe…he’s a vampire! Ok..ok..stop with the eye-rolling…I was trying to be funny. Utter fail. LOL.

Mirrors Doing Their Job and Reflecting…

Rooms with mirrors are undeniable one of the hardest settings to film in, because well, the mirrors reflect things and/or people that are there but aren’t suppose to be there. Did I lose you yet? Anyways, the crew of “The Equator Man” was caught in the gym Uhm Tae Woong was working out in. He’s perched on one of the treadmills holding up the camera as he films Uhm Tae Woong, Lee Bo Young, and apparently himself.