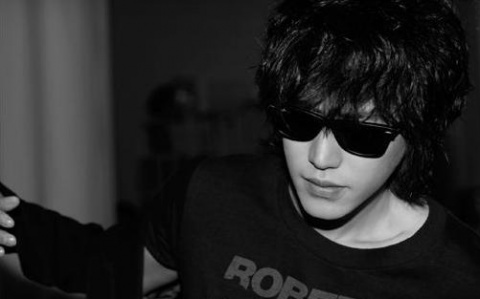 Super Junior Kyuhyun expressed himself on the subject of Huh Gak’s beating Super Junior’s “A-Cha” for the number one spot. Kyuhyun is an MC on “Golden Fishery – Radio Star,” which featured audition show winners Seo In Gook and Huh Gak as guests on its May 16 episode.

Kyuhyun, along with fellow hosts Kim Gu Ra and Yoon Jong Shin introduced their guests. Huh Gak was introduced as the singer from “Superstar K” who beat Super Junior on the charts. Yoon Jong Shin, seated next to Kyuhyun teased him with, “Did you hurt yourself?” Laughter then erupted.

“’Mr. Simple’ was number one for five consecutive weeks,” Super Junior’s youngest member replied. “The follow-up track only came five weeks after. In Taiwan, we placed number one for 100 weeks straight. We’re really at home in the Taiwan charts.” He joked.

“Stay on the number one spot for more than five weeks,” Yoon Jong Shin then said, causing another round of laughter in the studio.