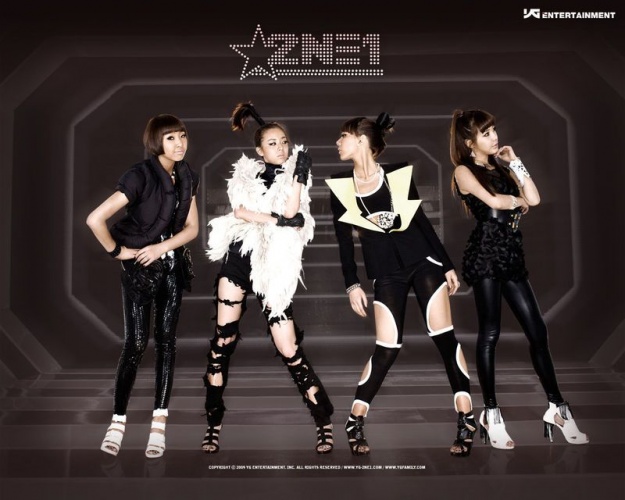 On May 14, 2NE1 guest starred on a popular Japanese late night program, “Shabekuri 007.”

Comedian Teppei Arita, who is known to keep up with the latest K-Pop news, introduced 2NE1 by saying that they are, “The best hip-hop girl group in Korea and a group that’s receiving attention in America as well.”

He continued, “I’ve been to three 2NE1 concerts in the past. Rather than cheering for them, I really thought I’d like to work with them,” as he expressed his fandom. He then comically asked the members of 2NE1 if they needed anything and pretended to go out to buy things for them.

He insisted that he needs to kneel down while 2NE1 was performing and he tried to make the others kneel as well. He even bowed down before the girls! He gushed over them as he said that their performance would be worth watching even if it cost 3,000 dollars.

“Shabekuri 007” is a program where guest stars come to promote their activities by showing the audience special talents, dances and performances. But seeing someone kneel before the guests is a rare sight to see! It may have seemed like it was a bit too much but the Japanese comedian humorously portrayed the popularity and his affections for 2NE1. 2NE1’s popularity in Japan was also seen through the audience, who sang along to “I’m The Best,” which was sung in Korean.

During this episode, Minzy and CL showed off sexy wave dances while Sandara Park showed off her quirky personality by saying that she was 2NE1’s promotion manager while pretending to pass around her business card to everyone.

Meanwhile, it is reported that 2NE1 will be making a comeback in Korea sometime in May.