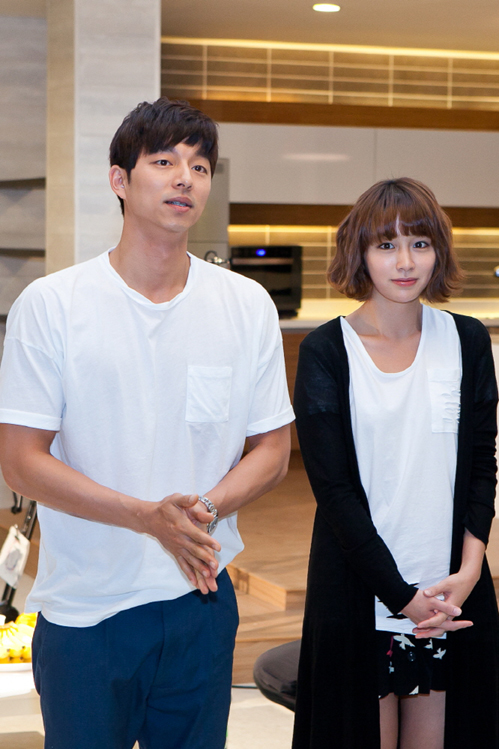 The Cast of “Big” Pray for the Drama’s Success

On May 24, KBS 2TV new drama “Big” has completed its rituals, in which staff and actors prayed for drama’s success.

The director has stated, “I will wish for the safety of the staff and hope to create a fun, exciting filming site.”

The site was filled with laughter as Gong Yoo helped himself to the role of a cameraman for the “making-of” footage.

“This drama is even more special to me because it’s the first one since I’ve completed military service. I really hope that it will be the best in the summer.”

Lee Min Jung also commented on her resolution to stay strong for the set. “I will try my best to present a memorable role for the drama.”

Jang Hee Jin said, “I’m nervous and happy because this drama is first in a while for me. It’s an honor to film with such a good cast, and I will also do my best.”

Lastly, Suzy said of her resolute manner, “I will do my best to be not so troublesome to many staff members and sunbaenims here.”

The first episode is scheduled to be broadcast on June 4, featuring the romance between an engaged man with an adolescent soul, named Seo Yun Jae (Gong Yoo), and a clueless teacher Gil Da Ran (Lee Min Jung).