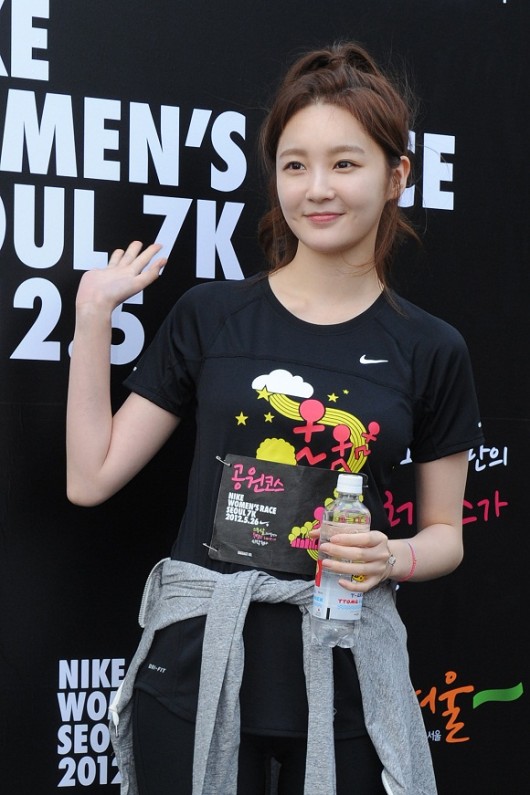 Kang Min Kyung Shows Up Without Makeup At a Nike Event

At “2012 Nike Women’s Race Seoul 7K,” taken place at the Sangnam World Cup Park, she was serenaded with camera flashes all around with her white, milky skin. She displayed an energetic, but fashionable image as she matched a short-sleeved tee with capris-like leggings and yellow sneakers.

People present could not take their eyes off her her pure, clean look, achieved without a trace of make-up.

Netizens had the same enthusiastic reaction: “Nobody can follow her with no-make up,” “She’s prettier without makeup,” “I couldn’t go because I was a guy,” and “She looks like she’ll be good at running too” were among many.