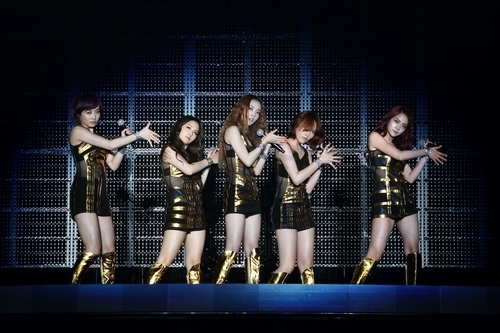 No one can deny the power of popularity of KARA within Japan. Kara recorded an audience of 150,000 for their Japan tour, completely selling out their tickets for each concert.

The group has successfully completed their schedule for their “KARASIA” tour, finishing off from May 26 to 27 at the Sataima Super Arena.

The journey in Japan began in April, starting from Yokohama. The group proceeded to a total of 12 concerts at five other cities, Osaka, Nagoya, Fukuoka, Tokyo, and even adding extra two performances at Saitama. At each concert, all seats were sold out.

Their final performance at Saitama on May 27 was broadcasted live at 60 theaters nationwide. KARA’s status as a true K-Pop star was verified once more as the tickets for the theaters were also sold out.

Meanwhile, KARA’s second album “Super Girl” is currently approaching the 1,000,000 mark for its sales in Japan.

Upon their successful end to the tour, KARA plans to come back to Korea to focus on individual activities.