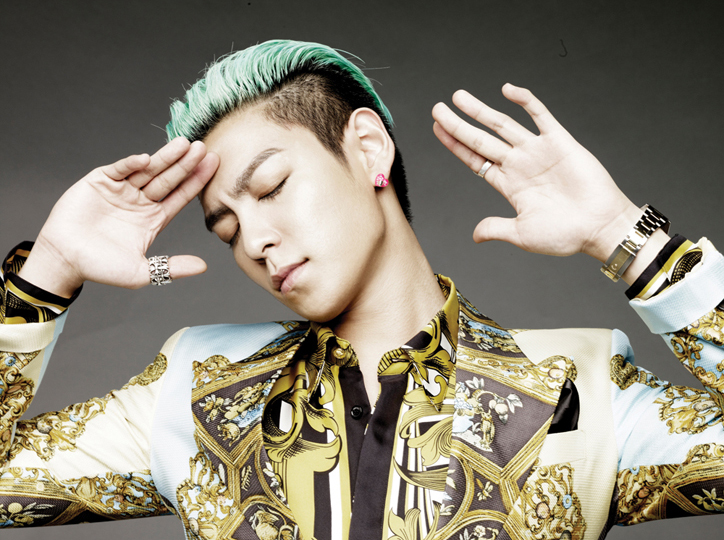 New Teaser Images for G-Dragon and T.O.P are Revealed

There is much hype surrounding Big Bang’s special edition, “Still Alive.” There have been many teasers released thus far. Recently, there have been a few additional photos of members G-Dragon and T.O.P which have surfaced.

First, is leader G-Dragon whose appearance is still rather fashionable. Yet his look is different from that of the two previous teaser photos released. In the photo it seems as though he has shed his long colorful weave, which he has slung across his shoulder. What remains is a partial Mohawk which has not been dyed red, yet.

Next we have T.O.P who is still sporting the mint ice cream inspired hair. In this photo, the hair dye has just about faded out as it is nowhere close to as vivid as when the “Alive” promotions began. Again the power rapper displays his fashion sense with his outfit and style of hair.

These two photos vary from the other “Monster” teasers as they are un-monster like. It is as if we have taken a step back in time to the pre-monster era. Keep with Soompi for more updates regarding the release of Big Bang’s special edition.

Which teaser photos do you prefer T.O.P’s or GD’s? Do you like the pre-monster or full on monster concept better?