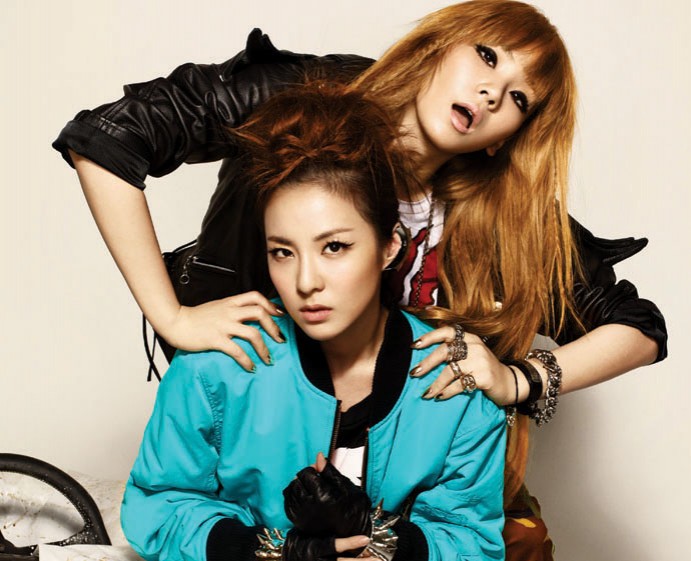 The most recent episode of SBS “One Night TV Entertainment News” featured 2NE1‘s CL and actor Lee Dong Wook at the filming set of a beer commercial. CL was first asked, “What do you think Lee Dong Wook’s biggest charming point is?” CL picked Lee Dong Wook’s prominent double eyelids. Lee Dong Wook was asked about his opinions on working with CL. Lee Dong Wook answered, “I was worried at first because of all the dance moves. Since CL’s such a good dancer, I was really concerned about making a lot of mistakes.”

Since the two are filming a beer commercial, the reporter asked if Lee Dong Wook have any particular drunken habits. Lee Dong Wook said that he usually just goes to sleep right away. Reporter turned to CL this time and asked her if any of 2NE1 members have a special drunken habits. Without naming anyone, CL responded, “There is one person who likes to run when she gets drunk. She just keeps running and then fall asleep at some point.” CL soon confirmed that it is Sandara Park who has this weird habit. However, CL quickly tried to make up for herself by apologizing to Sandara on camera, being as charming as she can be.

Also on this episode of SBS “One Night TV Entertainment News,” singer Yoon Do Hyun and Girls’ Generation’s Soo Young successfully debuted as the new co-hosts of the show, following the footsteps of previous MCs Seo Kyung Suk and Yoo In Na.