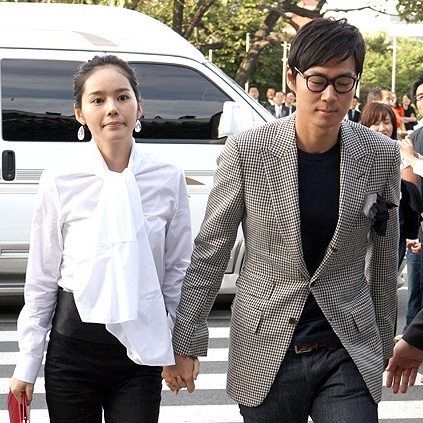 Yun Jung Hoon announced a surprising piece of news on “Show King.” He and his beautiful wife, Han Ga In, have plans for children.

Yun revealed, “My wife Han Ga In wanted to complete a benchmark film before she became a mother,” and that “our parents were already aware of this bit.”

The guests were all astounded by the news. “We were able to form these plans largely due to her recent success in dramas and films. I want us to conceive the baby in 2013 and have it born the following year as the horse Chinese zodiac, just like me.”

MC Kim Soo Mi asked, “Which do you prefer, a son or a daughter?” He responded, “I want a daughter, but my wife wants a son.”

His complete and honest confession can be found on June 13th episode of “Show King,” on air at 11 PM KST.

Meanwhile, Han Ga In recently signed a deal with a soju brand, “Weol,” securing her role as its model.

Han Ga In
Yun Jung Hoon
KPLG
How does this article make you feel?