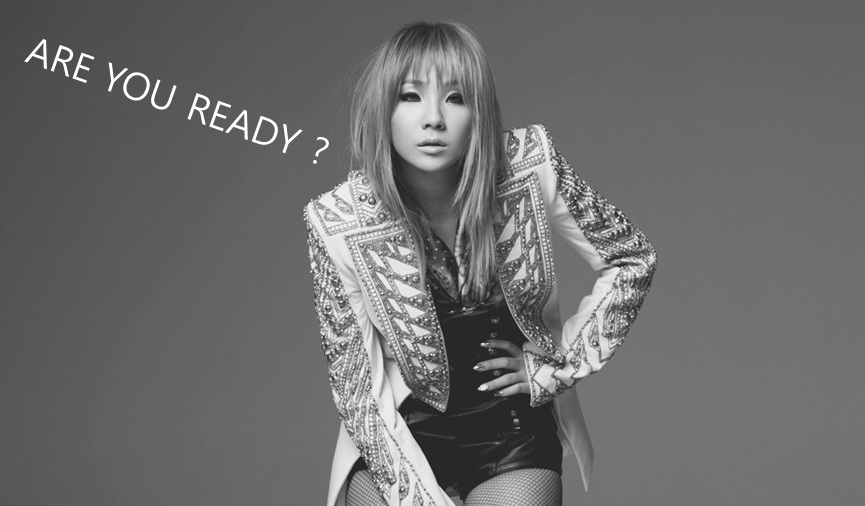 Blackjacks, are you ready?!

2NE1 made their comeback official on June 25 with the release of CL’s first teaser image. The teaser was posted on YG’s official blog, YG-Life, with the caption that read, “Are you ready?”

In the teaser, CL gives off a dreamy glare with her usual charismatic look. Wearing a black leather dress and a white jacket, CL seems all but ready to rock the show with 2NE1’s new single.

“After each member’s teaser image, we will announce 2NE1’s comeback date soon,” YG Entertainment said in a statement.

Alongside CL’s teaser, YG Life also posted a graffiti image that combined 2NE1 and the title of their world concert tour, “New Evolution.” The artwork included a line that said, “2NE1 Coming Soon!”

2NE1 indeed seems all but ready to make their comeback. Initial reports said they will return with a new album next month, but no official word has come from YG Entertainment yet. In the mean time, 2NE1 will embark on their first world tour concert, “New Evolution,” starting on July 28 in Seoul, and will visit countries in Asia, America and Europe.