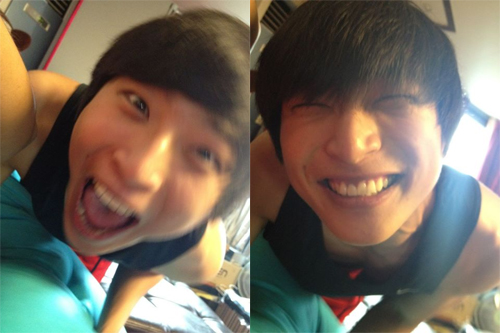 Seulong tweeted on June 25, “Jung Jinwoon. I think he is definitely suffering from multiple personality disorder. I laughed. He’s crazy. It’s only the two of us inside of the dormitory and I’m scared… This is just like a horror movie. Kkk.”

Seulong posted three pictures that went with the tweet. In the pictures Jinwoon is shown with crazy eyes and poses. He looks funny and scary at the same time.

Netizens commented on the pictures, “Jinwoon is very funny,” “What is he doing right now? Does he really have multiple personality disorder?” “I really like this picture,” “I guess this is how the two of them play together,” and “It’s scary and creepy.”

Jeong Jinwoon
2AM
Seulong
KPLG
How does this article make you feel?