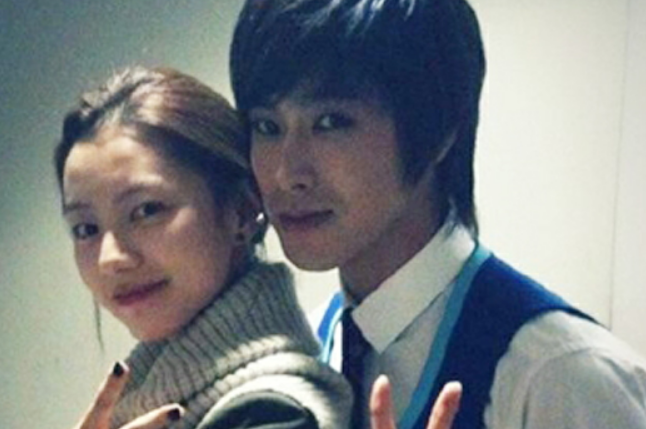 Best friends DBSK’s Yunho and actress Park Soo Jin were spotted hanging out several days ago. It’s been reported that the two celebs went out to see “Finding Kim Jong Wook the Musical,” which stars their other close friend, actor Kang Dong Ho, as the lead. Already publicly known for their close friendship, they didn’t attract any suspicions regarding their relationship, but they did draw a lot of attention. Dressed casually, they entered the venue like any other attendees, waiting in line and handing in their tickets at the door.

It appeared that Kang Dong Ho and other musical actors were aware of their special guests as they spontaneously added in dances and mentioned DBSK within the show. Reportedly, Yunho and Park Soo Jin enthusiastically cheered throughout the performance. The two were seen leaving the venue through the emergency exit once the show ended.

Yunho and Park Soo Jin were friends before their debut and maintained their tight relationship, forming a friendship circle with other celebrities who were born in 1985 (the “85 club”). They also openly expressed their friendship several times by posting photos on their personal SNS accounts and tweeting back and forth.