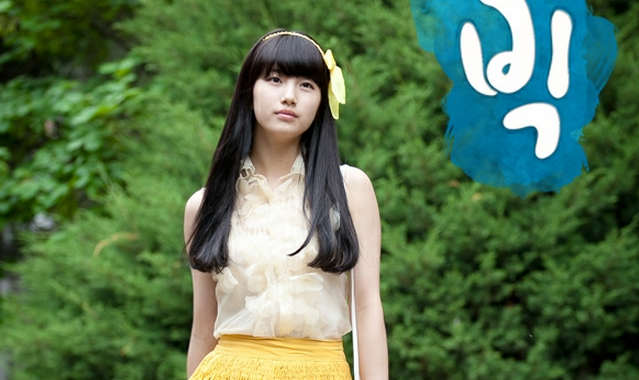 Earlier today, miss A’s Suzy updated her fans with a new selca on her Twitter. The singer-actress tweeted, “I changed my profile pic!”

In the photo, Suzy pouts for the camera while wearing a white tube top dress. Fans observed that her dress in the photo was the same dress she wore on yesterday’s episode of “Big.” Those who’ve seen the photo commented, “Love your dress, it looks perfect on you,” “You’re the prettiest in the drama,” “So pretty,” and more.

Meanwhile, Suzy plays Jang Mari in rom-com series “Big,” costarring Lee Min Jung and Gong Yoo. She’s a wild and spontaneous girl who’s head over heels in love with Kang Kyung Joon, played by Cross Gene’s Shin Won Ho. She finds out that Kang Kyung Joon’s soul is trapped in a 30-year-old doctor named Seo Yoon Jae, played by Gong Yoo, and does everything she can to “protect” Kyung Joon and turn thing back into they used to be. “Big” saw a slight drop in ratings last night, recording 7.9% (AGB Nielsen) nationwide.