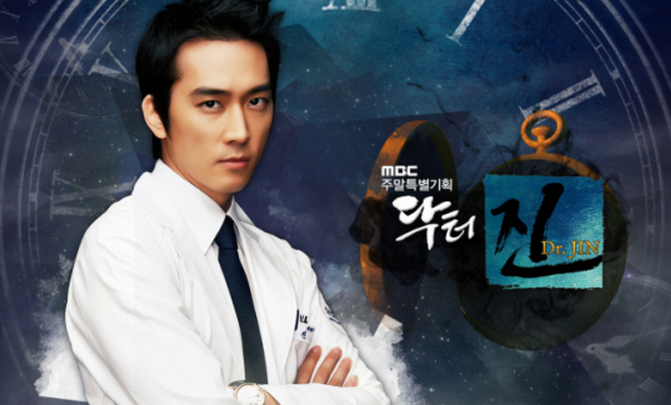 Song Seung Heon, who plays the main character Jin Hyuk in MBC’s “Dr. Jin,” will be releasing a track for the drama’s OST. He will be singing the theme song for his character called the “Last Love.”

Despite his tight schedule with filming, he made time to record the track in three sessions. A representative stated, “Song Seung Hun’s sweet and emotional voice was a great match with the song, and we were able to produce a track that perfectly fits with ‘Dr. Jin’s” Jin Hyuk character.”

Based on a Japanese manga, the fantasy-medical-sageuk tells the story about Jin Hyuk the cold-hearted, talented neurosurgeon who travels back in time to the Joseon Dynasty, where he performs neurosurgery using only the primitive tools from the era. While stuck in the past, he meets a nobleman’s daughter who bears a striking resemblance to the girl he loves in 2012.