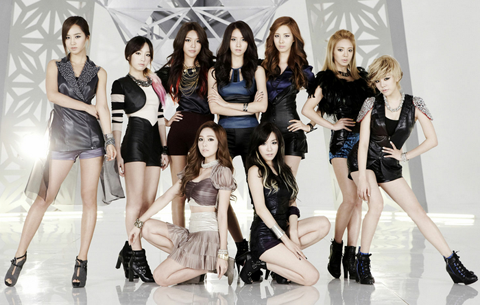 The North Korean Girls’ Generation has been made public.

The latest broadcast of Channel A’s “We’re Coming to Meet You,” featured a few North Korean refugees on the program who discussed that groups like those of Girls’ Generation do exist in the North. This revelation surprised the viewers.

While they aren’t exactly like the girl groups that are seen in the South, the North Korean equivalent, “The Wang Je San Light Music Band” does have talented performers who were chosen exclusively by Kim Jong Ill. The group has stunning looks, colorful costumes, and performs choreography in perfect synchronization which is reminiscent of the popular South Korean girl groups.

The women in Kim Jong Ill’s group had to go through auditions and fulfill certain prerequisites to become members. For instance the hopefuls had to meet predetermined characteristics such as social status, height, talent, among other aspects.

If you thought a South Korean idol had it tough being signed to an entertainment agency’s strict contract, think again. Once someone becomes a part of the exclusive team, a member is, most likely, unable to ever leave, due to security concerns regarding the North Korean leader. If someone were to leave certain secrets about the leader could possibly be leaked.

Similar to South Korean idol groups, the North Korean group visits the military base and even holds special performances in support of their country’s soldiers.

“We’re Coming to Meet You” is a show in which female North Korean refugees come on and discuss the similarities and differences between the two countries.