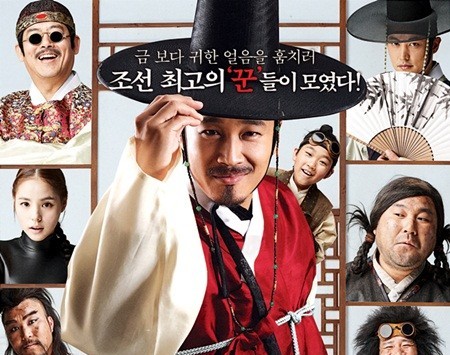 Chae Tae Hyun stated, “I first heard about the concept for ‘Gone With the Wind’ from my brother 5 to 6 years ago. At the time, the film wasn’t the right size for me, but I thought the story was interesting so I told him to bring in more investments.”

He continued, “Afterwards my brother continued to prepare hard, and finally last year all his hard work came to fruition. I was worried a lot because of my acting. In the scenario my role isn’t that funny. It was my first time doing a historical drama, so I didn’t know whether I should be comical or how I had to act out my character.”

At the end he joked, “This movie needs to do well for the peace of my family. There is some money I need to receive as well.”

“Gone With the Wind” will release in theaters on August 9.

Cha Tae Hyun
Gone with the Wind
KPLG
Cha Ji Hyun
How does this article make you feel?