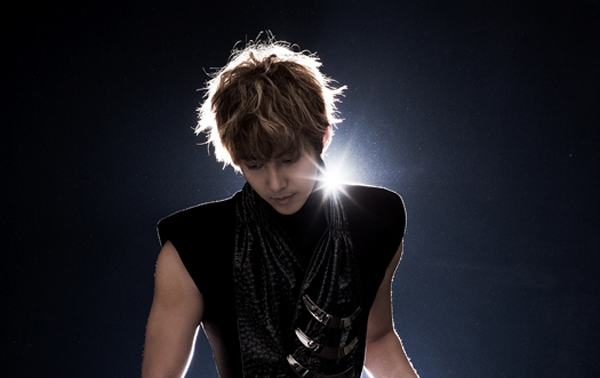 Kim Hyung Joon makes a comeback after a year and four months with his second mini-album titled, “Escape.” The singer returns more mature than ever with his latest title track, “Sorry I’m Sorry” and four other new songs. The title track is a dance number about apologizing to an ex-lover in a routine-like matter. Also included in the album are R&B ballad “Just Let It Go” and bossanova number “Called the Wrong Number.”
Jang Woo Young (2PM) – 23, Male, Single (July 11)

2PM’s very own Jang Woo Young makes his solo debut with “23, Male, Single.” The singer returns more stylish and sexy than ever with seven new songs. The title track is “Sexy Lady,” an addictive electronic number about getting hypnotized by a sexy woman. Jang Woo Young is expected to show off a dynamic performance this summer.
ZE:A Vol. 2 – Spectacular (July 11)

ZE:A returns with their second album, “Spectacular” this summer. There are twelve new songs with the title track being “Aftereffect.” It is a song on love and breakup where fans can listen to main vocal, Kevin’s upgraded vocals and Ha Minwoo’s rap. The song was produced by the famous Brave Brothers.
Led Apple mini-album Vol. 3 – Run To You (July 10)

Idol band, Led Apple makes a comeback this summer with their third mini-album titled, “Run to You.” The title track is of the same title and is of the swing dance genre. Korea’s very own Jo Young Soo is responsible for producing this number. The song holds lyrics about a man who wants to protect his lover. Another song worth recommending is bokgo dance number, “Young Hee.”
Nu’est mini-album Vol. 1 – Action (July 12)

Nu’est, who has received much love with “Face” has retuned with their first mini-album titled, “Action.” The title track is of the same name and is an distinctive number that uses synthesizers and strings. It was co-composed by Lee Gi and Seo Yong Bae who are responsible for Ailee’s “Heaven.” There are a total of four tracks in this album.
Bobby Kim Special Album – Old & New (released)

Bobby Kim releases his second special album this year titled, “Old&New.” It has a total of eleven tracks which includes five new tracks along with theme songs from various dramas. The singer recorded his songs in the states with world-wide renowned artists, making the album all the more anticipated by fans.

Yim Jae Bum returns with his sixth full-length studio album, eighth months since his last. The title track is “This Passes as Well,” a song personally composed by Hong Sung Min for this upcoming album. It has a soft piano melody line along with a sturdy orchestra to harmonize with. The song is about always being by a lover’s side and protecting her at all times. This album includes a DVD with various music videos.
2NE1 (single) – I Love You (released)

2NE1 makes a splash with a brand new single titled, “I Love You.” It is an elecro-pop number that will show yet another side of the group. It was composed, penned, and arranged by Teddy with the help of Lydia Paek.
Apink (single) – Bubibu (released)

This sumer, Apink releases the remix version of “Bubibu.” It will be their follow-up single after their title track, “Hush.” The song was composed and penned by Kim Du Hyun and Kim Won Hyun and is a lot faster in beat. There is a lot of guitar and snyths used to make it the perfect song this summer.

Hello Venus releases a repackage version of their debut single. The new title track is “Like the Waves,” a refreshing number in time for summer. The girls’ lively vocals fit well with the theme of the song.