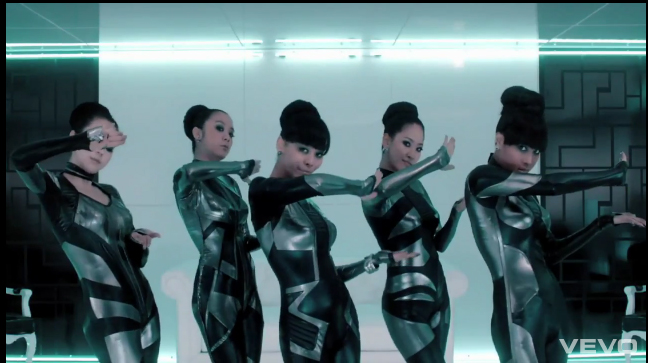 After releasing three teasers this past week, the Wonder Girls have now released their full music video for “Like Money” featuring Akon. The song will be released as a digital single on July 10.

As expected from seeing the teasers, the music video has a futuristic concept. As the members are introduced, they are described as “Bionic Women given the title ‘Wonder Girls,’ they perfectly are designed for complete domination.

The lyrics were written by “Cri$tyle” and composed by “RAINSTONE,” while the choreography was created by Jonte Moaning, who also had created the choreography for “The DJ Is Mine” and “Be My Baby.”

It was also recently announced that the Wonder Girls will perform at the beach festival “Green Groove Festival 2012” with Akon on July 21 & 22. .

Wonder Girls
KPLG
Akon
How does this article make you feel?