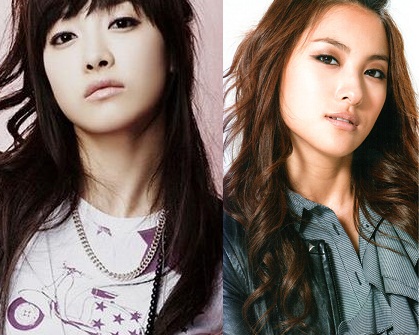 f(x)‘s leader Victoria and Kara‘s leader Park Gyu Ri, both spoke about the different rumors involving disbandment and members leaving in the past on an episode of “Come To Play.”

Victoria opened up about the rumors of Amber leaving the group on the episode of “Come To Play” that aired on July 9. This particular episode was titled, “The Battle of the Girls” special.

Victoria admitted that it was very hard for her and the group when rumors of Amber‘s leaving were being circulated. In 2010, f(x) was promoting “Nu ABO” and at the time, Amber hurt her ankle. Amber took some time off to see her family in America but even without the group’s knowledge, numerous articles were published on the next day, containing these false rumors.

Victoria shared how the whole experience made the group stronger and how she and the group were determined to become better after Amber’s return, showing excellent leadership qualities.

(You can watch the video of Victoria’s part here!)

She started off by saying, “Something bad happened last year.” She continued, “We were involved in some disbandment rumors and were struggling a lot. Fortunately, we were able to communicate with each other so we were able to overcome it well.”

“I thought the situation would turn for the worse if I was too aggressive as a leader. So I tried to place myself on the same level as the members to contemplate and solve the problem.”