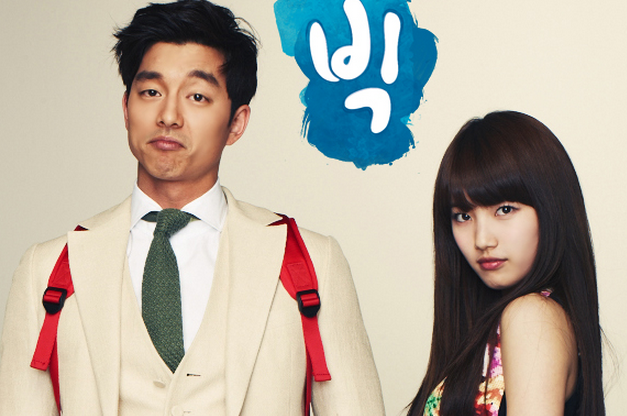 How Many Times Did Gong Yoo Kiss miss A’s Suzy while Filming “Big?”

Earlier today, “Big” released a behind-the-scenes footage of Gong Yoo and Bae Suzy’s (miss A) short but sweet kiss. In the scene, Mari (Suzy) finally figures that her Kyung Joon is trapped in Seo Yoon Jae’s (Gong Yoo) body. Happily and hopefully, she plants a surprise kiss on his lips, commenting, “I guess fairy tales aren’t true considering you didn’t change back after the kiss.”

While the actual scene wasn’t long, it took twenty plus attempts to get the director’s approval. Following Suzy’s kiss, Gong Yoo failed to recite his lines, bursting into laughter instead. After more than 20 kisses, he playfully stated, “I’m tired~ Let’s get it over with fast.” Despite the ongoing filming, Gong Yoo appeared to be enjoying himself, exclaiming, “I’m so lucky!~” as he gave a small victory dance.

Meanwhile, check out the video preview for tonight’s episode with subs here!

Suzy
Gong Yoo
miss A
Big
KPLG
How does this article make you feel?