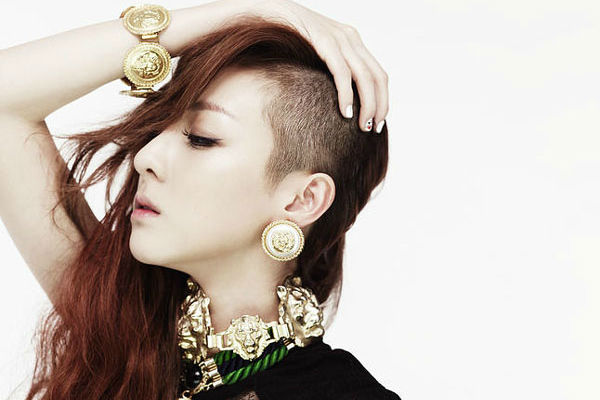 What Was Thunder’s Response to Sister Sandara’s Latest Half-Shaved Hair?

Yesterday, she revealed her younger brother Thunder’s (MBLAQ) response to her new haircut. Sandara wrote on her me2day, “Big sister and younger brother! ^_^ Regarding sister’s shave?!? I was happy that it looked great~ said a great guy! My younger brother!” and attached a photo.

In the photo, the celebrity siblings posed for the camera. Sandara showed off her buzz cut while, Thunder gave an adorable smile. Netizens commented, “How cute,” “It’s great to see them so close,” “One of my favorite celebrity siblings,” and more.

Meanwhile, 2NE1 made their comeback last week with “I Love You,” sweeping various music charts as soon as it was released.

What was your response to Sandara’s radical hairstyle?

2NE1
MBLAQ
Thunder
KPLG
I LOVE YOU
Sandara
How does this article make you feel?