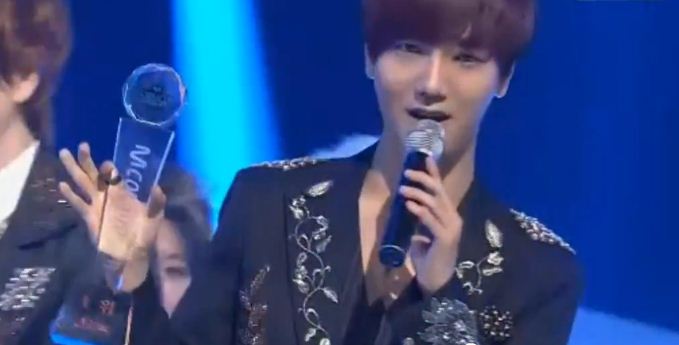 Since f(x) managed to win triple crown last week, they were out of the race tonight, leaving SISTAR to compete against Super Junior and 2NE1. Super Junior managed to come out on top, making this their first win on “M! Countdown” with “Sexy, Free and Single.”

Debuts tonight included the new boyband Big Star and 2PM singer Wooyoung as a solo artist. Comebacks tonight were from NU’EST, A-Jax and Boom. A teaser was also shown for B.A.P‘s comaback next week.

Song of the week: