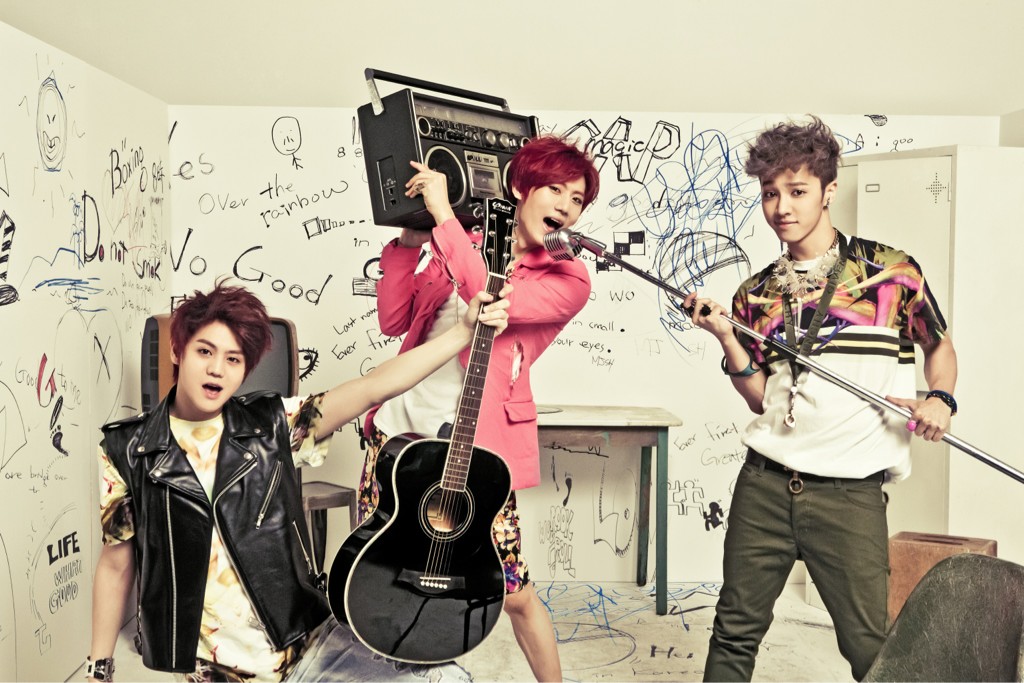 BEAST continues to hype fans for their upcoming comeback! On July 18, Cube Entertainment released another concept photo from their upcoming mini-album, “Midnight Sun.”

Continuing with the 80’s theme in previously released photos, the new photo features Yang Yoseob, Jang Hyunseung, and Lee Kikwang holding a boombox, a guitar, and a microphone.

Check out the other concepts photos here. “Midnight Sun” will be fully released on July 22. Cube also announced that the title track of the album is titled “It’s a Beautiful Night.” Meanwhile, BEAST released “Midnight” as a digital single last July 15. The boys have also unveiled the theme music video for the track which you can view here.

Are you excited for BEAST’s comeback? Stay tuned to Soompi for more updates!