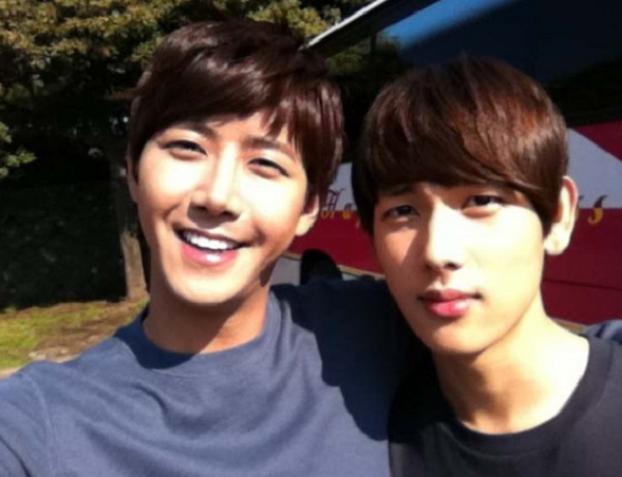 ZE:A’s Kwanghee revealed the difference of incomes between himself and Lim Siwan, who is rising to popularity as an actor.

On the episode of “Radio Star” that aired on July 18, Kwanghee was asked, “Is there a big difference between you and Siwan’s incomes?” Kwanghee replied, “It’s still pretty similar.”

He continued, “I made a lot in the past. But I think the tables will turn very soon.” He said that Lim Siwan had just started to make a lot of money and added, “He even filmed a cosmetics CF.”

Kwanghee was known as the face of ZE:A before Lim Siwan started to become popular. At this, Kwanghee said, “Now whenever we have events to attend, [since Siwan has gotten popular] either Siwan or I have to speak. But these days, Siwan has the nerve to say he doesn’t want to speak.”

He continued, “I couldn’t believe it. I said to him, ‘What are you doing? Who says you get to decide if you’re going to speak or not? You filmed a drama. But I’m still the most known of the group.'”

Lim Siwan also made an appearance on “Radio Star” for the “actor-dol” special. Back then, he commented, “Kwanghee gets really jealous so I actually think it’s a relief that Kwanghee suceeded before I did.”

At this, Kwanghee said, “I acknowledge that. I would’ve complained a lot of I wasn’t as successful. I’m grateful. I think this is the result of praying,” which made the whole studio laugh.

Kwanghee
Radio Star
ZE:A
KPLG
Siwan
How does this article make you feel?