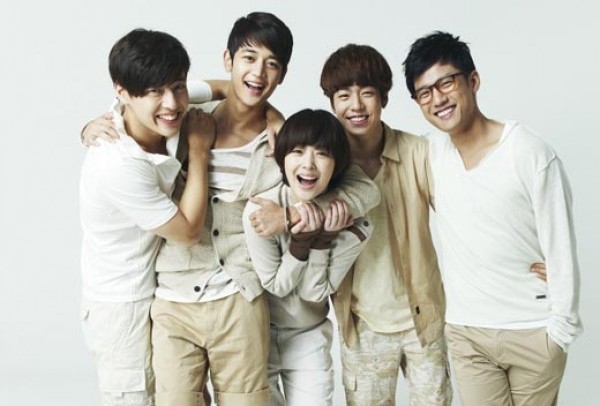 “To the Beautiful You” Casts School Uniform Still Photos Released

Sulli and Minho are sticking to the basics of school uniforms without any accessories. This accentuates their masculine characteristics. Lee Hyun Woo is sporting a double-breasted jacket garnished with a silver chain with a small skull attached to it, looking stylish and lively. Kwang Hee is wearing shorts with pastel blue-colored cuffs and tie, portraying the humorous nature of his character through his fashion.

Fashion director Choi Hye Ryun of “To the Beautiful You” commented, “I emphasized minimalistic and unique aspect of these school uniforms to distinguish them from any conventional ones. It has a very slim fit, which looks trendy and accentuates each character’s characteristics. I also focused on little details to bring out the uniqueness of athletes in their styles. I’m hoping that the viewers will enjoy the visual aspects of ‘To the Beautiful You’ as much as they enjoy the show.”

Meanwhile, “To the Beautiful You” is garnering much attention with Sulli and Minho as its main characters. Many drama fans are also excited to see the masterpiece of producer Jeon Ki Sang from “Boys over Flower,” “Body Guard,” and “My Girl” and writer Lee Young Chul of the “High Kick” series.