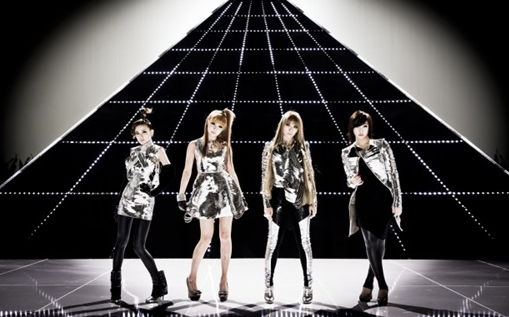 2NE1 to Be Featured in “Dance Central 3” for Kinect

Earlier today, Harmonix made an announcement regarding “Dance Central 3’s” release date. The gaming blog IGN.com confirmed twenty-one out of forty total tracks for the upcoming dance game. The songs which made up the list were your typical dance fare with hits from LMFAO “Sexy and I Know It,” Maroon 5‘s “Moves Like Jagger,” Usher featuring Will.i.am “OMG,” all the way to the Village People‘s “Y.M.C.A.” Listed among them though was none other than 2NE1’s phenomenal hit “I Am The Best.” The song which further put 2NE1 on the international map last year with their intoxicating beat, hip electronic sound, skillful raps, talented vocals, hypnotic dance moves, and addictive “bom-ratatatas.” Now fans can learn the famous dance and bust-a-move along to one of their favorite tracks.

This marks the first time a K-Pop group’s song has been featured in a western game. Could K-Pop music fans expect to see some of their other favorite artists included? Perhaps in the form of downloadable content in the future? What other groups and songs would you like added to future incarnations?

“Dance Central 3” is scheduled to hit store shelves in North America on October 16 and October 19 in Europe, Australia, and Japan.

2NE1
KPLG
I am the Best
Dance Central
Kinect
How does this article make you feel?