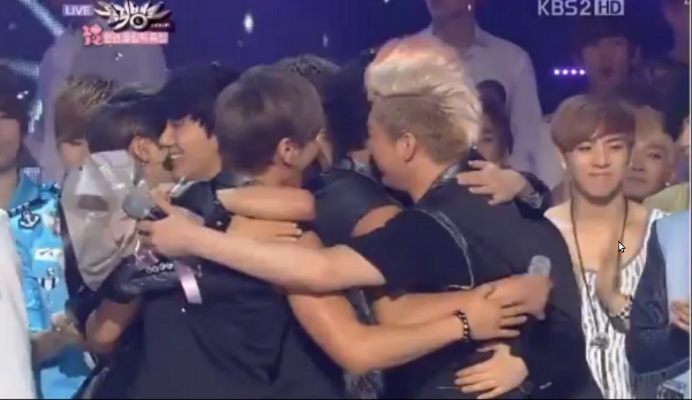 Today’s Olympic spirits were high as Music Bank declared today’s show as the Olympic Special! Many artists were there to show their support for various Korean home teams and athletes.

One of this year’s most anticipated comebacks took place tonight as B2ST had their first comeback stage after last year! And Super Junior managed to beat competition once again when they won this week’s K-Chart, beating PSY‘s “Gangnam Style”. Gongratulations to them!

B2ST “Wasn’t Me” and “Beautiful Night”