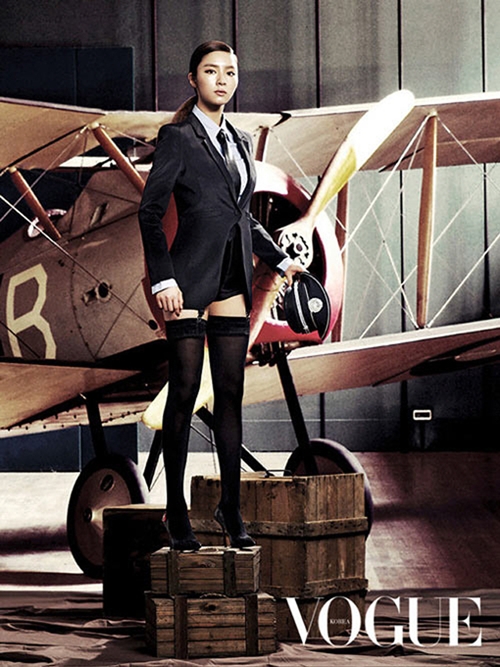 Shin Se Kyung is Sexy and Confident for “Vogue” and “GQ”

Shin Se Kyung transformed into a mysterious, sexy, and confident lady in the August issues of Vogue Korea and GQ Korea.

She has been steadily gaining media attention, due to her casting as the lead female role in the upcoming summer blockbuster “R2B: Return to Base.” She depicts a tough female mechanic whose solid sense of work ethic and a warm heart place her at the center of an epic action movie.

Departure from the usual innocent and bubbly image is clearly noticeable for Vogue. She confidently stands in front of a fighter plane as she looks forward, while the garter belts add a touch of sexiness. Her charisma is balanced with a feminine yet determined look, emphasized by her defined red lips. GQ revisits Shin Se Kyung’s softer image as she reclines against a ladder and lightly poses in front of the camera. The effortless aura of strength that dominates both spreads hints at her fans that they will not be disappointed by her latest act.