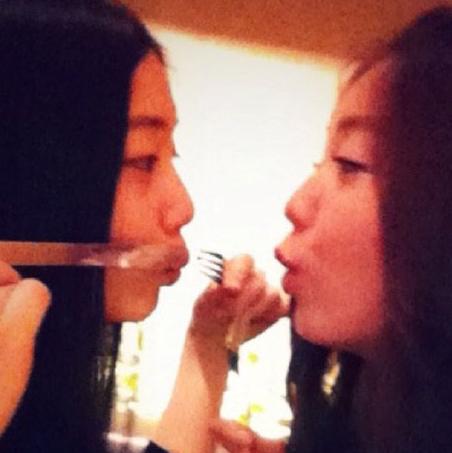 T-ara’s former member Hwayoung changed her profile picture for her Twitter account, in midst of a global internet frenzy to uncover the truth behind the “bully controversy.”

Netizens noticed the change as Hwayoung replaced the more polished picture of herself to a grainy one taken with her twin sister, Hyoyoung of Five Dolls. In the picture, they face each other as they play around with eating utensils.

Having quickly noticed the change, netizens left comments of encouragement. “Hwayoung, are you okay?” “You two shine the brightest. Fighting!” “Hwayoung Hyoyoung both fighting!”

Later, Hwayoung further tweeted, “Facts without truth…” to update her fans about her feelings concerning recent developments. Hyoyoung also responded to the situation by tweeting, “……”

Meanwhile, T-ara has been heavily affected by the unfolding events, having been cut off from crucial endorsements. Netizens also demanded that Eun Jung to be kicked off from already existing shows. On July 30, T-ara’s fan website, www.t-arafan.com, posted an announcement of plans to shut down on August 15.