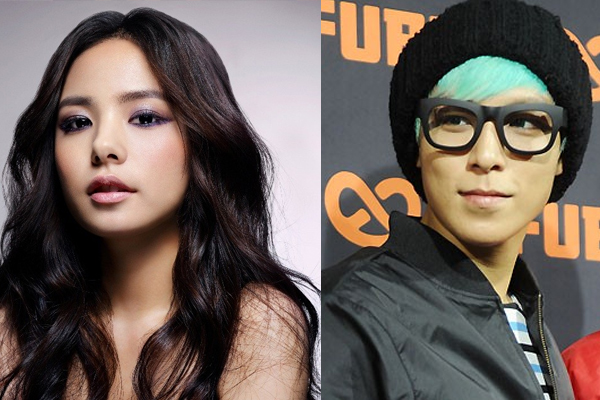 During the broadcast the DJ asked, “Which actor would you most like to work with next?” To which she revealed that she is a fan of Big Bang’s T.O.P. Aside from her feelings for the rapper turned actor Hyo Rin explained, “He has such an intense look in his eyes which makes a good actor.”

This was not the first time that Hyo Rin has expressed her desire to work with T.O.P. Previously, she had given the same response to the same question on another program.

Netizens who listened to the radio program responded, “Min Hyo Rin shouldn’t be ashamed of her feelings,” “T.O.P is also a good actor,” and “I’d love to see the two act together.”

Meanwhile, on August 8 the comedic film, “Gone With The Wind,” which features Min Hyo Rin and Cha Tae Hyun, will be released.

Gone with the Wind
Min Hyo Rin
T.O.P
Kim Chang Ryul's Old School
How does this article make you feel?