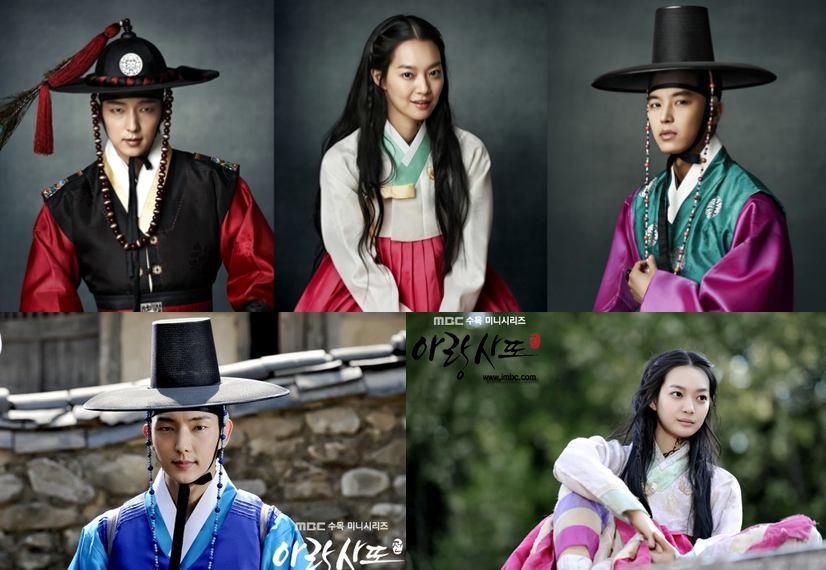 Recent behind-the-scenes photos of “Arang and the Magistrate” have been released.

In the photos that were released on August 6, despite the sweltering heat, the actors and actresses are seen taking care of each other in a warm and friendly atmosphere. Leading male, Lee Jun Ki along with Kwon Oh Joong and Hwang Bo Ra were all seen helping out the staff with various tasks.

Since the drama revolves around ghostly characters, many actors were hanging on wires to depict the flying scenes. Although the wires may not be seen during the actual drama, in reality, it is the staff who are pulling the wires up and down. In one scene, four very tall actors (average height 185 cm) had to be pulled up on wires and everyone, both staff and actors alike, was helping out.It is reported that due to this collaborative effort, the scene was filmed quickly and well.

“Arang and the Magistrate” is set to air on August 15 for the first time.

Lee Jun Ki
Shin Min Ah
Arang and the Magistrate
KPLG
How does this article make you feel?