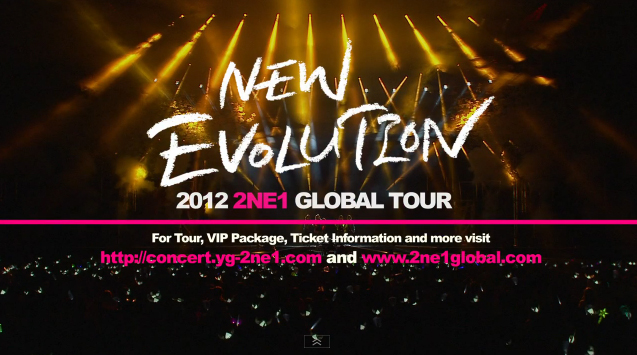 As 2NE1 continues on their first World Tour, they have released an official trailer today to promote their concert. Visiting ten different cities in seven countries, they hope to entertain fans from around the world.

The teaser contains their footage from their first “New Evolution” concert tour stop that were held on July 28 and 29 in Seoul. Check out our exclusive concert review of the event.

–
For more information abut the concert, check out their Facebook page at https://www.facebook.com/2NE1 and also http://concert.yg-2ne1.com/
2NE1
KPLG
new evolution
How does this article make you feel?